The importance of upright positions in labour and birth 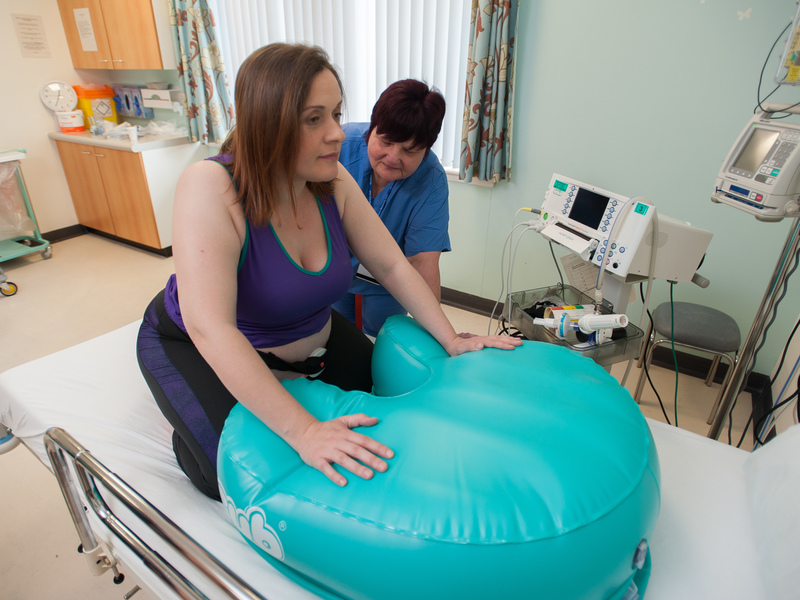 There are many reasons why I think every hospital should have a CUB, and why every birthing woman should have access to one.

Throughout history and around the world, women have used both upright and gravity-neutral positions to push their babies out. Objects like posts, rebozos and ropes have been used to gain better leverage, women have also used birth supports or stools.

If you have ever used a birth stool or seen one, you would have noticed that they are either made of wood or rigid plastic – they can be hard and uncomfortable for the mother to use and can’t be used for extended periods of time.

The CUB can be used as a comfortable support not only throughout labour and birth of the baby but can also be used during pregnancy to help encourage baby to adopt an ideal position for birth.

It’s innovative and versatile design means that it can be comfortably used to lean over-supporting an ‘all fours’ position, lean against in a kneeling position, relax and rest against when necessary or to sit on. Most women will instinctively find their own position during labour and birth.

Upright doesn’t mean standing only, and whilst this is a great position to labour and give birth in, it is not the only upright position. Other positions include sitting upright (as shown above), kneeling on all fours or squatting using a Comfortable Upright Birth (CUB) support, being held and supported by your birth partner and lying on your side.

The CUB allows mothers to adopt and maintain positions that are not only the most comfortable but physically the most helpful for them and their baby during labour, making giving birth easier, faster and most importantly, safer!

The benefits of upright positions

Upright positions during birth (sitting, kneeling, squatting, and all fours) have been the topic of much research in recent years, and the results of the research are dramatically in favour, these are the advantages of upright positions:

The positions you use during your labour and the birth can have a huge impact on you, your baby and your labour. With lots of research supporting the benefits of upright positions, you can make your labour shorter, make giving birth easier whilst reducing the risks of complications during the birth. 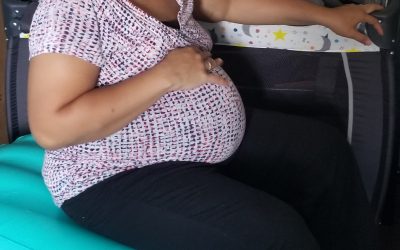 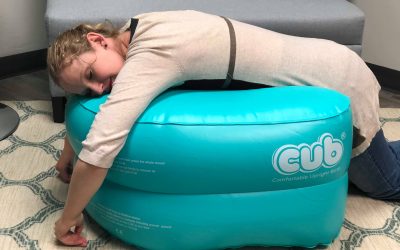 Why doulas love the CUB 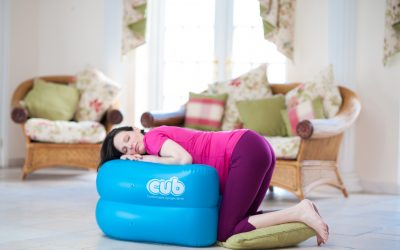 Trusting your instincts in labor

This website uses cookies to improve your experience while you navigate through the website. Out of these cookies, the cookies that are categorized as necessary are stored on your browser as they are as essential for the working of basic functionalities of the website. We also use third-party cookies that help us analyze and understand how you use this website. These cookies will be stored in your browser only with your consent. You also have the option to opt-out of these cookies. But opting out of some of these cookies may have an effect on your browsing experience.
Necessary Always Enabled
Necessary cookies are absolutely essential for the website to function properly. This category only includes cookies that ensures basic functionalities and security features of the website. These cookies do not store any personal information.
Non-necessary
Any cookies that may not be particularly necessary for the website to function and is used specifically to collect user personal data via analytics, ads, other embedded contents are termed as non-necessary cookies. It is mandatory to procure user consent prior to running these cookies on your website.
SAVE & ACCEPT